Many young men are hooked on the lectures of the Canadian psychologist and professor of the University of Toronto, Dr. Jordan Peterson.  A favorite meme associated with him is “Clean your room!”  This pithy command encapsulates the idea that, though your life is a mess, you can start organizing the small things.  By bringing order to the small things, you can eventually start branching out into larger things.  By bringing order to the things around you, you can bring meaning to your life.

An American traditionalist like me is very happy to see that Peterson’s philosophy receives the attention it rightly deserves.  But, as a patriot, I’d like to point out that America had its own Jordan Peterson: Peterson’s philosophy has a living portrait in the life and words of Booker T. Washington, a famous black educator and founder of the Tuskegee Institute in Alabama.  Peterson can explicate his philosophy of living with brilliant Jungian archetypes and examples from political thought and history.  Washington came to much of the same philosophy of living through his life experiences.

Booker Taliaferro Washington began life as a slave.  While still a boy, emancipation came in 1865.  Though surrounded by the miserable conditions of the postbellum South, emancipation unleashed the pent up intellectual and economic drives of the black race.  The strong desire among blacks to receive an education led to literacy rates skyrocketing from twenty percent in 1870 to seventy percent in 1910–a three and a half fold increase in about two generations!  At the same time, many black students received a Classical education, which meant that they could read and write Latin and Greek. 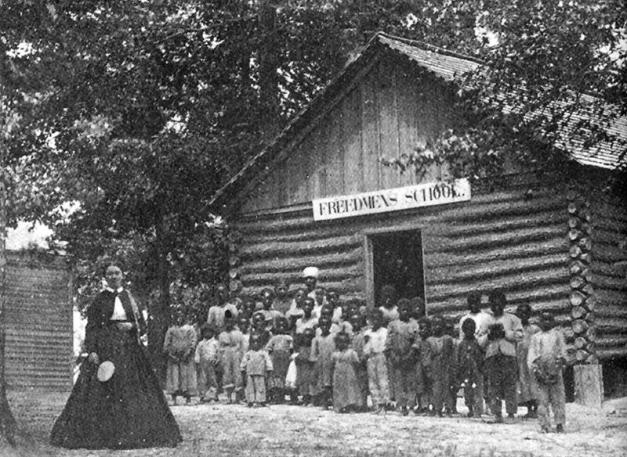 Booker T. Washington also felt an impetus for education and combined it with a personal philosophy of order and refinement.  In his autobiography, Up from Slavery, he recounts how his bosses and teachers inculcated a love of cleanliness and order within him.  He paid great attention to the orderliness of his surroundings and personal cleanliness.  These character traits helped him enroll in Virginia’s Hampton Institute, because Washington convinced the teachers that he could help pay his way by working as a janitor.  After graduating, he inculcated the same love of orderliness and cleanliness in his students:

In addition to the usual routine of teaching, I taught the pupils to comb their hair, and to keep their hands and faces clean, as well as their clothing. I gave special attention to teaching them the proper use of the tooth-brush and the bath. In all my teaching I have watched carefully the influence of the tooth-brush, and I am convinced that there are few single agencies of civilization that are more far-reaching. 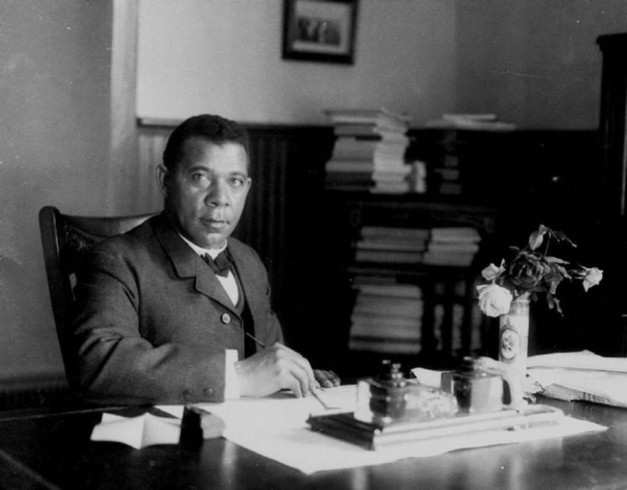 At the same time, there is nothing like perfectionism to produce discouragement and despair.  So, Booker T. Washington adds a hearty optimism to his outlook on life.  He used to lecture his students and teachers at the Tuskegee Institute around dinner time, and these lectures were collected and published in a work called Character Building in 1914.  The first lecture may be compared to the first Psalm in that it gives an overarching directive to the rest of the work.  Where the Psalmist would say “Blessed is the man who hath not walked in the counsel of the ungodly” (Psalms 1:1), Washington would say “Blessed is the man who sees the bright side of life.”  As he puts it in this example:

Suppose that you see these same two persons eat their breakfast. Perhaps they will find out that the rolls are bad, but that the coffee is excellent. If the rolls are poor, it is a great deal better in such a case to get into the habit — a habit that you will find pays from every standpoint— of being able to forget how unpalatable they are, and to let your thoughts dwell upon the good and satisfactory coffee. Call the attention of your near neighbour at the table to the excellence of the coffee. What is the result of that kind of schooling? You will grow up to be an individual whom people will like to see coming near them — an individual to whom people will go for encouragement when the hours are dark, and when everything seems to be discouraging. 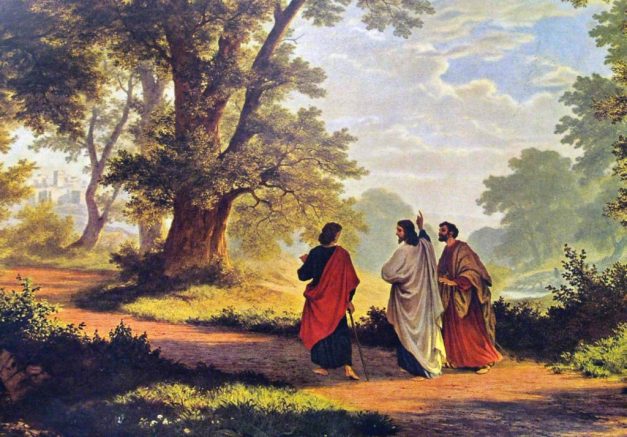 Jordan Peterson would probably very much agree with this idea.  Peterson says that life often involves dealing with tragedy.  Often, those Leftists who run acedemia always see the negative side of Western history and culture.  They say that patriarchy means only tyranny with no connotation of fatherhood.  These Marxists’ root flaw may very well be that they have let the tragedies in life make them bitter.  This bitterness produces a terrible resentment which makes them want to tear down all of Western Civilization.

For example, how different is one particular Marxist proposition, that all Confederate monuments need to go because the South only means slavery and Jim Crow, compared to Washington’s reconciliatory position.  He said in a speech in 1914: “We all realize more and more that men like him [Confederate Veteran George Paul Harrison, Jr.] are true friends of our race, and that any monument that will keep the fine character of such heroes before the public will prove helpful to both races in the South” (Source: “AHA Revisionism” by Dr. Brion McClanahan).  At the same time, Washington and his associates would protest unfair laws.  There is no culture without some darkness, but rarely is a people so wicked as to contain no goodness whatever.

So, I’d like to recommend Booker T. Washington’s Character Building to all who are now eagerly devouring Jordan Peterson’s 12 Rules for Life: An Antidote to Chaos.  If you’re short on cash, you’ll be happy to learn that you may obtain Character Building for free on Google Books.  It’s also available on LibriVox.  Washington does not have the background in psychology, mythology, and political science which Jordan Peterson has.  But I believe that you will love his good sense.  Besides that, you will learn about one of history’s greatest Americans and perhaps help to bring the memory of this great man out of oblivion.

2 comments on “Booker T. Washington as a Proto-Jordan Peterson”